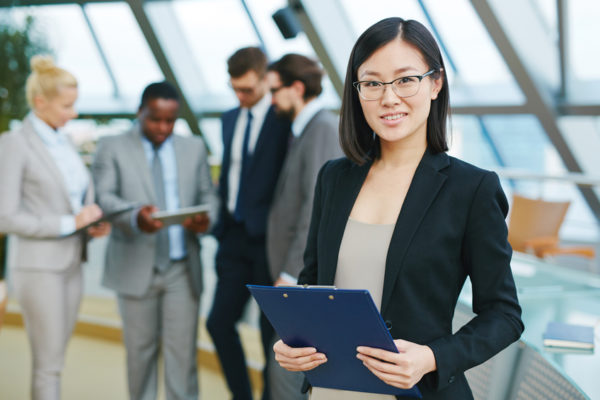 We’ve all heard those stories about supermodels who purchase enormous insurance polices on their legs or face. It sounds silly, but it makes sense. Models make a living based off their appearance, and if anything should happen to their aesthetic appeal, their career goes down the drain. These insurance policies help to protect their income and standard of living.

For the rest of us, though, appearance doesn’t matter that much to our careers… Or does it? No one is saying you should purchase an insurance policy on your hair, but some research does suggest that personal appearance actually does impact our level of success in even the most non-aesthetic work environments.

For example, one study from New York University found that a woman’s weight gain is associated with declining income levels and job prestige. Another study from researchers at Boston University, Harvard, and the Dana-Farber Cancer Institute found that women who wear makeup are perceived as more competent, likable, and trustworthy than women who wear little or no makeup.

We also know that people of both sexes often seek to look younger, because they feel a need to compete with the younger generation of workers. Young people are often seen as more knowledgeable about technology, more energetic, full of creative ideas, and so on. These things might not even be true, but most of us have encountered these assumptions at some point.

It’s not fair, and it’s certainly not very enlightened, but the truth is that judging people based on appearance is still a part of human nature. Some people might view cosmetic treatments and weight loss as “vain” or self indulgent, but the true purpose of looking our best runs much deeper than that. It could be true that we are hard-wired to make snap judgments on appearance, because historically our survival has depended upon surrounding ourselves with healthy and capable tribe members and leaders.

With that knowledge of human psychology in mind, it makes sense that so many people are becoming more interested in aesthetic treatments and medical weight loss these days. And it’s not just women, either! We’ve met many male clients who want to look and feel younger, both to attract a mate and also to promote themselves professionally.

If you’re considering medical weight loss, or perhaps a little anti-aging touch-up, give us a call at our Chino office. We can meet with you to discuss your specific concerns, and make recommendations for medically supported aesthetic treatments to increase your confidence and help you feel great.