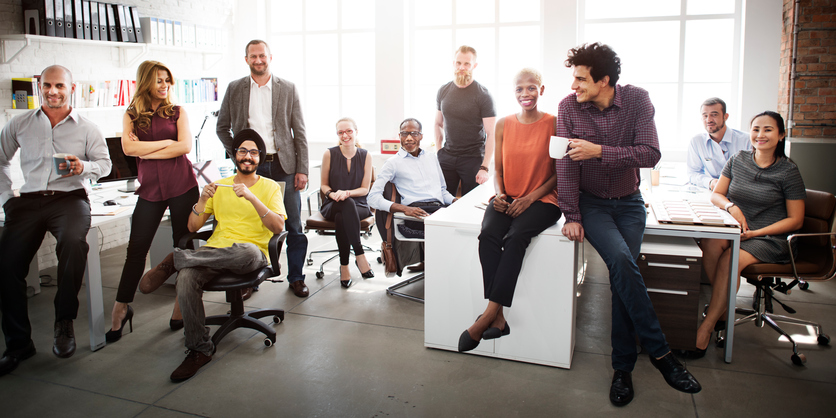 Most people would assume that successful individuals can afford better food, access to healthcare, a pricey gym membership, and so on. There’s no debating those things, and saying that successful people tend to be healthier probably sounds like a pretty obvious statement.

Could the opposite correlation also be true? Are healthy people more likely to become successful? Various research studies do indeed seem to support this idea. But why?

You believe in yourself, and you’re action oriented. One explanation is that success and healthfulness are both rooted in personality type. People who believe in their own potential, and take action to achieve goals, tend to apply this personality trait to everything in their lives. They’re assertive in work meetings, they propose creative ideas, or they train for a marathon.

Exercise might be linked to higher pay. A 2011 British study found that male workers who exercised at least three times per week earned 6 percent more. The effect was even higher in women, who earned 10 percent more than their non-exercising counterparts.

Exercise might lead to improved work skills. A similar British study found that people who exercise regularly experience less stress, are less irritable, and possess superior concentration skills. It’s not hard to see how these factors can lead to improved performance in the workplace.

Weight might influence pay. According to at least one study, workers who are clinically obese tend to earn less than average-weight counterparts. Of course, we don’t know if this is due to health factors, public perception, or something else.

Physically healthy people might have healthier relationships. Numerous studies have demonstrated a link between physical health and greater relationship satisfaction. And, we’re not just talking about romantic relationships, but also friendships, work partnerships, family ties, and so on. It’s easy to see how happier relationships can transfer into work success; your boss is going to promote the guy he likes, coworkers will be more helpful to someone they consider a friend, and so on.

Of course, none of this is to say that someone with health problems is going to perform poorly at work. Individuals still possess their own combination of traits, and good workers are found everywhere.  Since we know that physical health can be linked to greater success in the workplace, it makes sense to maximize our own health as much as possible. A healthy appearance might influence how others see you, so it’s easy to see why so many career-oriented people are seeking fast and easy aesthetic treatments in our office.

If you’re concerned about your eating or exercise habits, give us a call. We can assess your health, screen you for underlying disorders, and help you put together a plan to live your healthiest, most successful life.