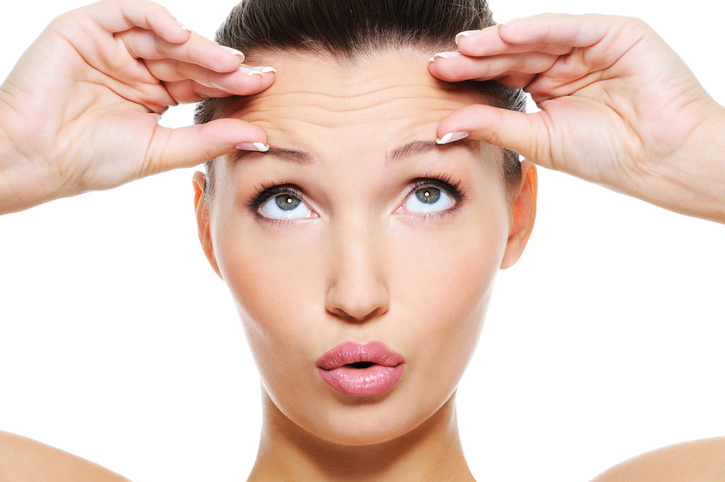 When you first heard about Botox, you probably thought, “A few simple injections, just under the skin, that nearly erase wrinkles and it only takes a few minutes? Sign me up!” But then you looked into how the process works, and maybe you felt hesitant. Botox sounds pretty bizarre, when you think about it.

Botox is simply the trade name for an injection containing a neurotoxin that is produced by a bacteria called Clostridium botulinum. If that sounds familiar, it’s because you’ve heard of this bacteria before; it’s the same one that causes botulism poisoning. That’s the part that makes many would-be Botox fans a bit nervous. Are you injecting yourself with botulism?

There’s nothing to worry about. You aren’t being injected with “botulism”, and when performed by a certified and trained medical professional, you certainly won’t contract botulism poisoning from Botox. The neurotoxin is inserted around the nerves in your face, most often your forehead, and it simply paralyzes the nerves. Now, they can’t contract and create unpleasant lines and wrinkles.

Because Botox is inserted under the skin, the effects remain localized. It’s not being injected into your bloodstream, and won’t roam through your body causing damage to nerves or tissues.

Contrary to popular belief, Botox also won’t make your face “go numb”. There are two types of nerves; those that affect feeling, and those that create motion. Botox is directed toward the nerve synapses that create movement. So you can’t furrow your brow, and your complexion will relax and smooth, but you can definitely still feel your face.

For the vast majority of patients, Botox brings about no side effects or only very mild ones. Occasionally some slight bruising or swelling will occur, but it’s very temporary. Within days, the wrinkles in your treated area will relax and smooth out, and regular Botox injections will even help prevent new lines from forming.

Botox has a variety of medical applications such as the treatment of migraines, excessive sweating, muscular disorders, many bowel disorders, and more.

When performed by an experienced physician, Botox is incredibly safe, with a low risk of side effects. So even though the scientific explanation sounds strange, this common procedure can be performed every four to six months without worry.

If you’re interested in smoothing lines and wrinkles, and preventing future ones, call us for a consultation. We can answer your questions and help you decide if Botox is right for you.