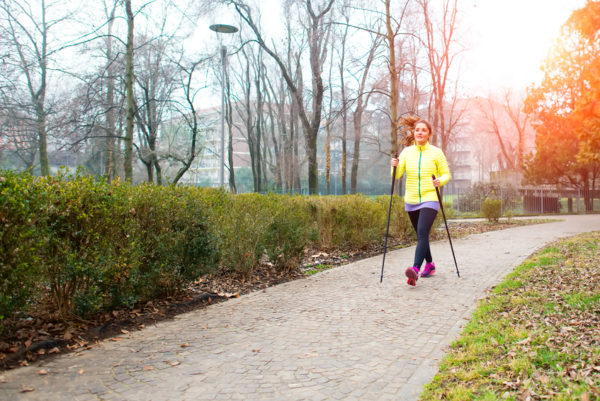 It’s a common assumption that running is a preferable form of exercise, over walking. After all, it’s more difficult and boosts your heart rate much higher. But it’s not actually a fact that running is better than walking in every situation. In fact, there are several reasons that walking might be the better form of exercise for weight loss, for some people. For example…

You’re just getting started. If you haven’t been exercising regularly for years (or at least several months), it probably isn’t a good idea to start with running. You could injure yourself, or push yourself too hard. And since you haven’t had time to build up your endurance, you probably wouldn’t be able to run for very long, anyway. It’s better to do more of a moderate exercise than just a short burst of intense exercise before collapsing on the couch!

You’re exhausted. If you aren’t sleeping well or you’ve been traveling, you don’t want to skip exercise entirely. But because injuries happen more easily when you’re overly tired, substituting your regular run for a walk is a good idea.

You need to reach your daily goals in a convenient way. If you’ve set a daily step goal, or want to cram exercise into a work break, running isn’t always the best strategy. You can meet your exercise objectives with walking, and you won’t need to shower or change clothes afterward.

Pacing yourself. Even if you’ve begun running regularly, there might be times that continuing to run will cause an early burnout. For example, if you haven’t acclimated yourself to steep hills, switching to walking during this part of your route is still acceptable. You’ll keep your heart rate up, without facing temptation to quit before you’ve finished the course.

You’re stressed. Exercise isn’t all about weight loss. It’s also an effective strategy for minimizing stress, and sometimes a walk in the woods is just what you need.

You don’t want to risk injury. It’s never a good idea to jump into an intense form of exercise without consulting a doctor first. Come see us for a screening, so that we can check you for underlying problems (like heart conditions) that could make intense exercise dangerous for you. Then, with the all-clear from a doctor, we can put together an exercise routine that gradually builds your strength and endurance while helping you reach your weight loss goals.